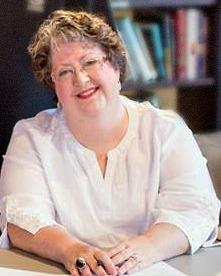 Debbie is in her 30th year at BHMS as Choral Director. She also taught Music Appreciation, Reading, Informational Literacy, and Journalism at BHMS. She is involved with the Technology Student Association as the co-advisor for the BHMS chapter and photographer for Georgia and national TSA events. She was the director of the very first TSA National Chorus, which sings "The Star-Spangled Banner" at the opening session of the national conference. Debbie teaches students to do calligraphy as the sponsor of the Calligraphy Club. She helps organize opportunities for other students as the current club coordinator for the school.

Debbie is a member of the National Association for Music Education and Georgia Music Educators Association. She was the All-State Chorus organizing chair for six years for the Middle School Mixed chorus and has presented at the state conference. She is a member of the Professional Association of Georgia Educators for which she is the Ben Hill County School System representative. She was inducted into the Delta Kappa Gamma Professional Honor Society in 2014. Debbie was selected as the BHMS Teacher of the Year for the 2018-2019 school year.

Debbie has worked with the high school drama department for years as a character coach for one-act plays and the spring musical. She was the director of the FHS one-act play in 2016 and 2017. She was the auxiliary coordinator for the FHS Marchin' Canes from 1991-1994.

Debbie has served as the BHCS Music Department chair and the teacher representative on the BHMS School Council. She has also served on multiple committees, including Leadership, Media Advisement, PBIS, SACS Accredidation, and Public Relations committees. Debbie is the school's club coordinator. She is the yearbook sponsor and has sponsored the Actor's Studio and Calligraphy Club for students.

Debbie is married to Barney Hamlin. Together they have one daughter, Leigh Anne, one dachshund, Doodle, and mixed-breed rescue dog, Cosette. Debbie takes part in local theater productions as an actress, director, musical director, and choreographer. She serves on the board of directors for the Fitzgerald-Ben Hill County Arts Council. She grew up in Valdosta, Georgia but now refers to Fitzgerald as home.